A catadromous species, the American eel is known to migrate to and spawn in the Sargasso Sea, located between Bermuda and the Bahamas. Once spawning has occurred in the Sargasso, the adult male and female are believed to die, and the spawned larvae, known as leptocephali, are carried and randomly distributed via winds, currents, etc. along the coastal waters of North America.

By the time these juveniles reach the coastal waters of Georgia, they enter the estuarine rivers as sexually undifferentiated eels referred to as “elvers / glass eels.” After entering these estuarine rivers, migration towards the lower salinities associated with inland creeks, rivers, and lakes occurs and is accompanied by the development of pigmentation or coloring of the skin. With pigmentation developing, it is during this stage, known as the “yellow eel” stage, that eels experience most of their physical growth and maturation. Yellow eels will remain in this growth stage until sexual maturity is reached, which may be upwards of 40 years. Sexual maturation marks the beginning of the spawning migration downstream to the Atlantic Ocean and to the subsequent spawning areas within the Sargasso Sea.

During this survey, eel traps/pots are used in the Altamaha River to assess the current status of yellow-phase American eels.  Data collected from sampled traps include: total number of eels captured; individual sizes/weights of captured eels; location of sampled trap; fishing effort (amount of time trap was fished); and hydrological data (water temperature, salinity, and dissolved oxygen) from each trap.  Select eels may be sacrificed and otoliths removed for aging purposes.  Information collected from this survey is provided to the Atlantic States Marine Fisheries Commission (ASMFC) for incorporation into stock assessment so as to insure compliance with the interstate fishery management plan for American eel.  During 2014-2015, staff conducted a pilot study branding eels.  When these branded eels were recaptured, recapture information could be provided to CRD on eel growth and movement. 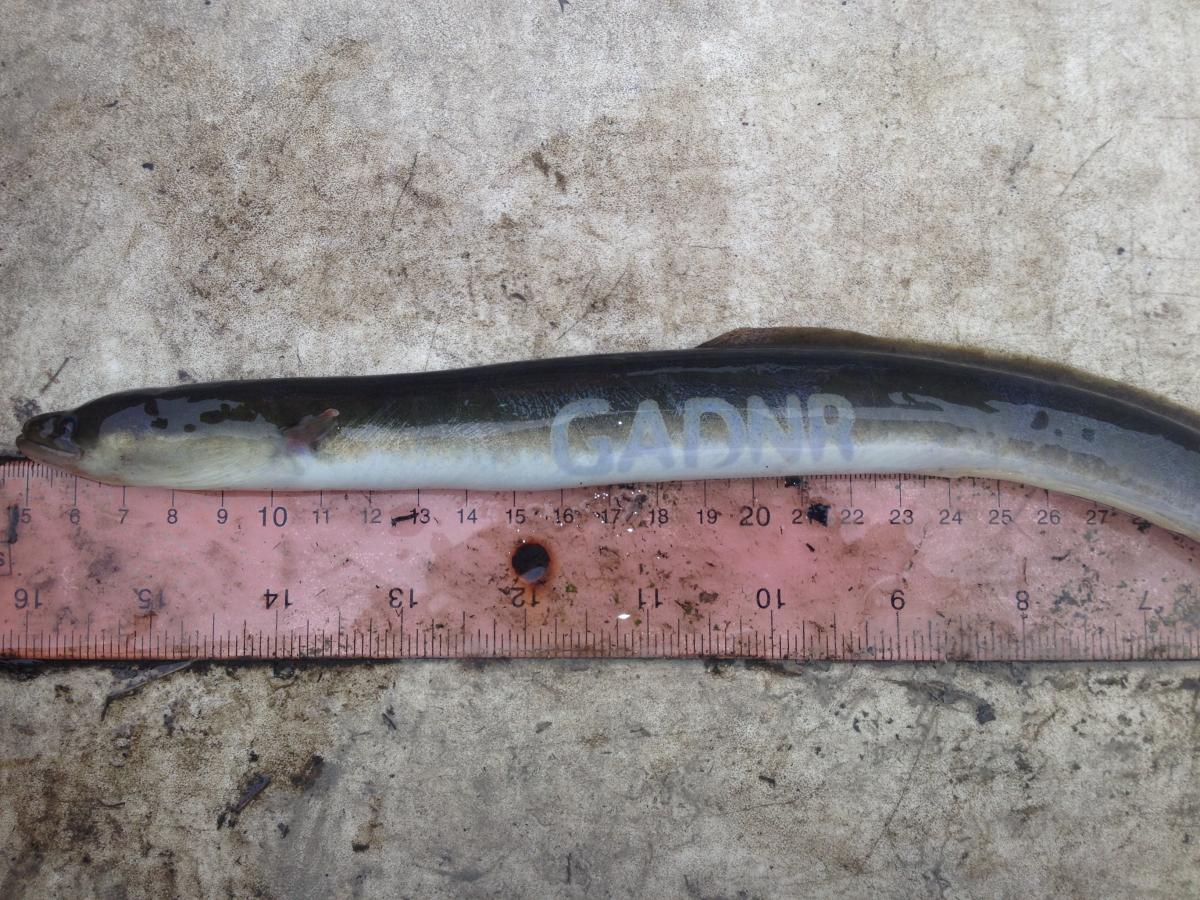