Additional Limited Harvest of Red Snapper to be allowed in December

Anglers will receive an additional weekend of red snapper harvest during the 2017 mini-season in the federal waters of the South Atlantic. Anglers will be allowed to harvest red snapper during the weekend of December 8-10, with each angler allowed one red snapper per day with no size restriction.  During November, two weekends were opened to recreational harvest.  However, during the second weekend the weather was inclement and high winds prevented most anglers from fishing offshore.  Based on preliminary estimates of harvest during November, the catch limit has not been caught, thus allowing one additional weekend for anglers in December. 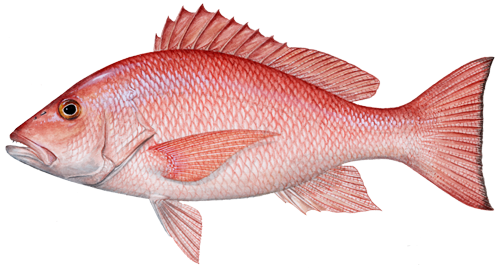 Georgia DNR is working with NOAA Fisheries and the South Atlantic Fishery Management Council (SAFMC) to collect data on red snapper.  These data will be used to estimate harvest, discards, and fishing effort and to add to information on the age, size, and growth of red snapper in the population.  There are several ways Georgia anglers can help.

Anglers can place whole filleted red snapper carcasses in chest freezers located at fishing access points along the Georgia coast (go to coastalgadnr.org/MarineCarcass to find a list of locations). A $50 Academy Sports and Outdoors Store gift card will be randomly awarded to two participants. Over the past two decades, the Marine Sportfish Carcass Recovery Project has collected thousands of fish carcasses that inform biologists of the size, age and sex of saltwater fish being harvested by anglers.

Anglers can also provide information about their red snapper fishing trips by going to MyFishCount.com and completing a short survey for each trip. Angler participation in MyFishCount during the two November fishing weekends was instrumental in re-opening this fishery by providing information not previously obtained in current monitoring programs. “MyFishCount is an online web portal that allows recreational fishermen to report information about their red snapper fishing activities, including the length of the fish kept and of those released, catch location, depth fished, hook type, hooking location, release treatment, and reason for release.  Anglers are also able to report if trips were not taken for various reasons, including weather. For example, 106 reports were submitted for the second weekend of the mini-season and over 95% of trips were reported as abandoned due to weather,” explains Kim Iverson, SAFMC Public Information Officer.

Additional information on this angler reporting program, as well as other information related to the 2017 red snapper mini-season, is available at safmc.net/electronic-reporting-projects/red-snapper-reporting(EDIT: link not active).

Finally, CRD staff will be conducting routine interviews with anglers at boating access points to collect information on their fishing trip and catch. Anglers are encouraged to participate in these dockside surveys by answering questions and allowing their catch to be processed for biological data.

The recreational harvest of red snapper in federal waters will be allowed on the dates and times listed in the table below.  During the open recreational season, the bag limit is one fish per person per day and there is no minimum size limit.