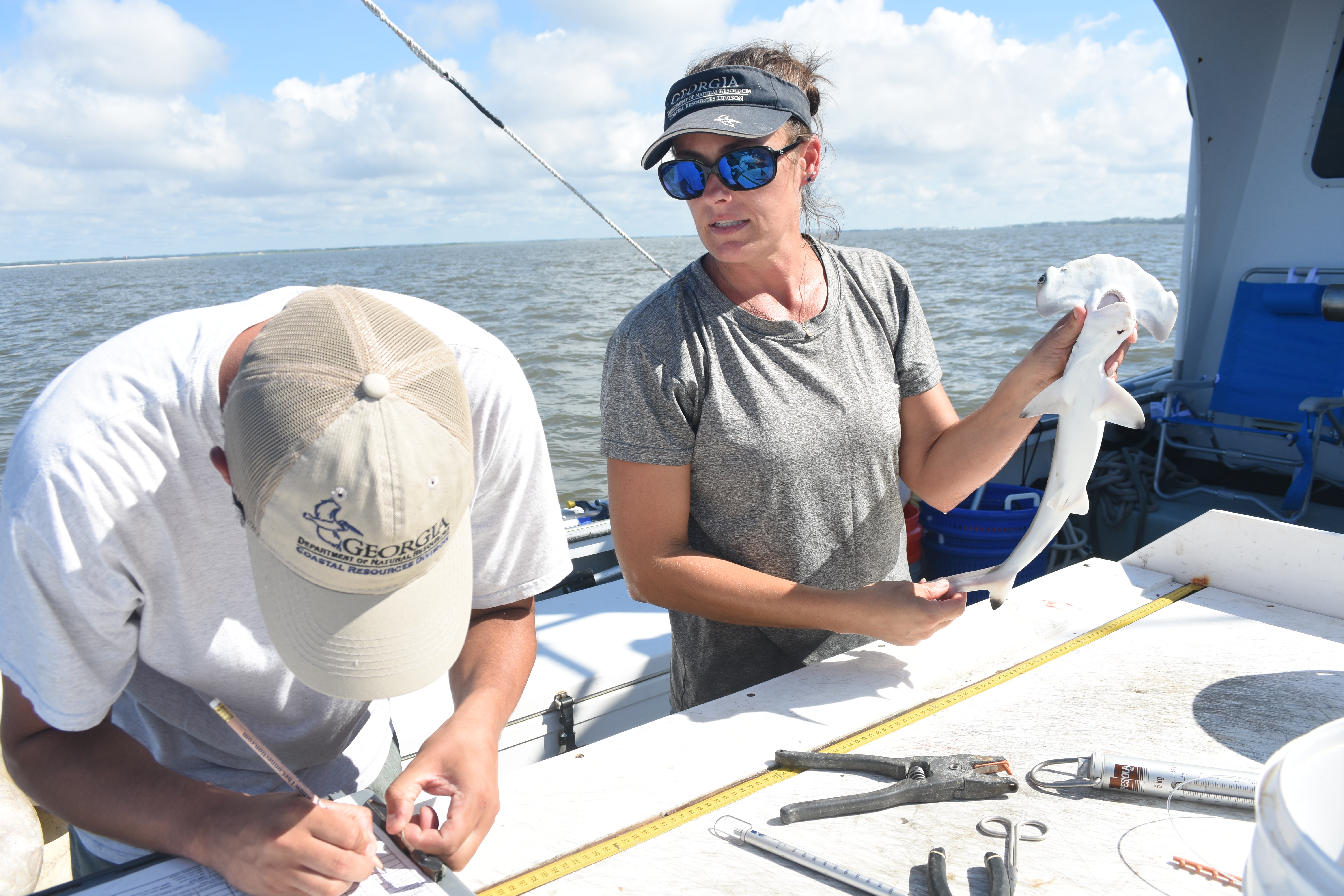 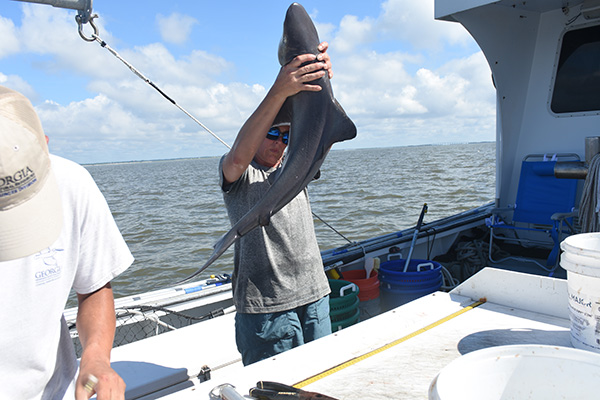 This survey, conducted since 2006, is designed to provide estimates of abundance for adult red drum and coastal shark species, said Donna McDowell, a CRD marine biologist and the survey’s coordinator. The survey is funded by the Southeast Area Monitoring and Assessment Program, a state-federal-university program for collection, management and dissemination of fishery data in the southeastern United States. Georgia partners and shares data with South Carolina and North Carolina in this survey.

“The longline survey also helps CRD marine biologists estimate the abundance of different shark species in Georgia’s waters – both in the nearshore environment and offshore,” McDowell said. “That’s important because sharks are apex predators and play a crucial role in the food chain here.” 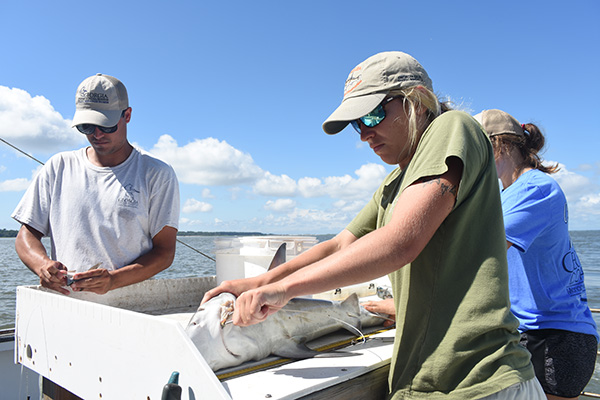 Thirty-five sites from Doboy Sound to the St. Marys River are sampled every six weeks from June 16 though December 31. During sampling, a half nautical mile of 600-pound monofilament with 60 attached hooks with depressed barbs is laid in the water from aboard the 47-foot Research Vessel Marguerite. The line is weighted at both ends with buoys for retrieval and soaks in the water at depths between 13 and 65 feet for 30 minutes.

When it’s time to bring in the line, CRD marine technicians re-attach the line to a winch and begin pulling in the longline. As each hook comes in, crewmembers record any catches and quickly release any shark or fish back into the water. All sharks are identified by their species and sex and are measured, weighed and examined for umbilical scarring and then tagged. Red drum are measured, weighed, tagged and have their fin clipped for a genetics study being conducted by South Carolina Department of Natural Resources.

“We have been successful in catching both red drum and 14 different species of sharks,” McDowell said. “The four most common sharks we’ve caught in Georgia are Atlantic sharpnose, blacknose, bonnethead and blacktip. Sometimes we catch other species of fish that we’re not targeting, and we identify them, measure them and record that data.”

For more information about the Adult Red Drum and Shark Longline Survey, visit www.CoastalGaDNR.org/LonglineSurvey or call 912-262-3140.