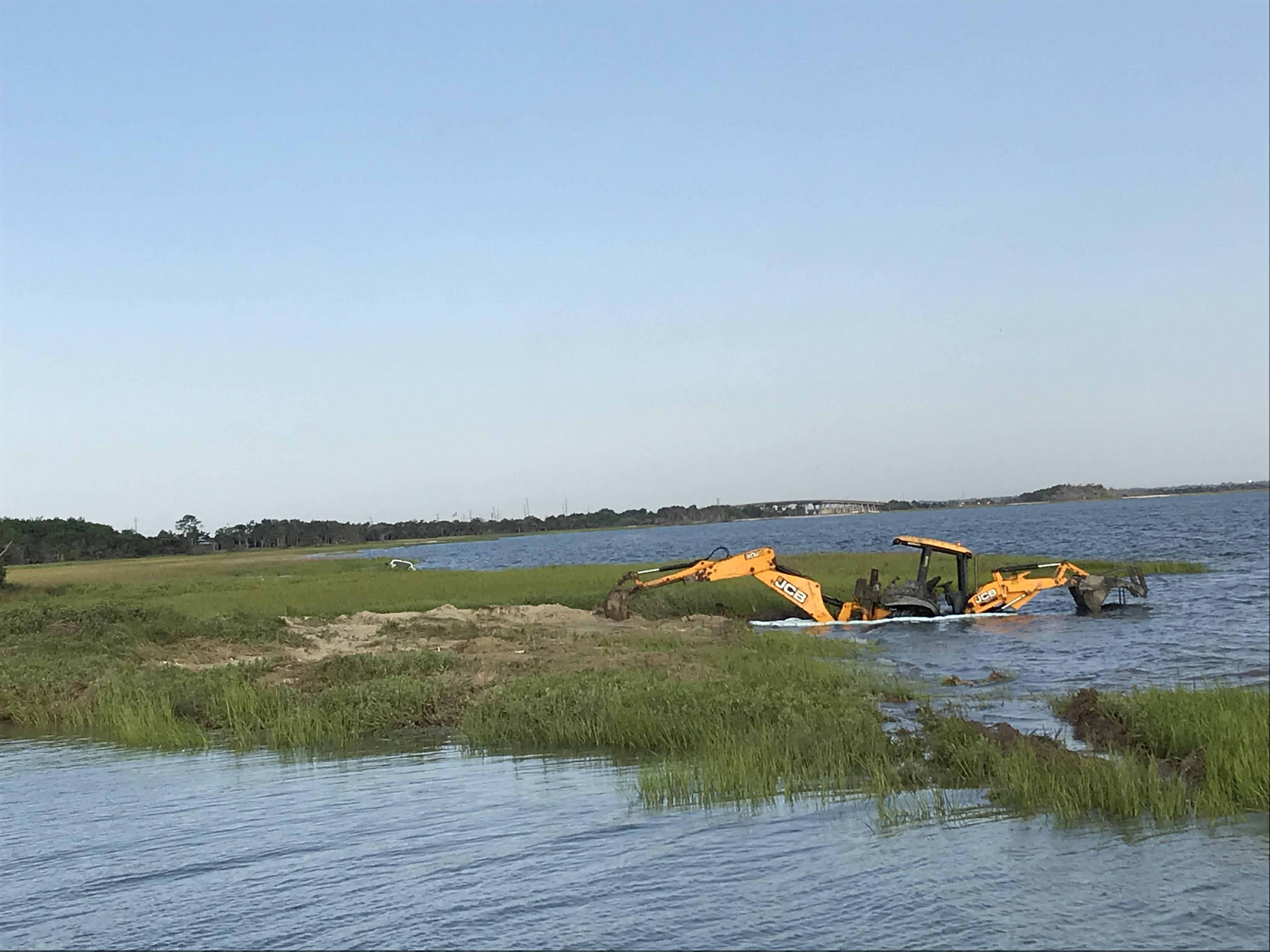 A city of Tybee police officer allegedly drove an all-terrain vehicle into the marsh west of Teresa Lane. The officer then allegedly attempted to use a city of Tybee pickup truck to retrieve the all-terrain vehicle, and the truck also became stuck in the marsh. City workers then reportedly attempted to use two backhoes to remove the vehicles, and the backhoes also became stuck in the marsh.

A Chatham County excavator was brought to the site early Saturday morning and successfully removed one of the backhoes at approximately 1 a.m.

The city of Tybee is currently working to craft a removal plan and working with a marine contractor. It is likely that a barge and crane will be needed to remove the remaining three vehicles.

The city has cooperated fully with the Coastal Resources Division and is working diligently to remove the vehicles. It has also voluntarily agreed to restore the marsh once the removal is complete.

Any further questions should be directed to the city of Tybee city manager’s office at 912-786-4573.