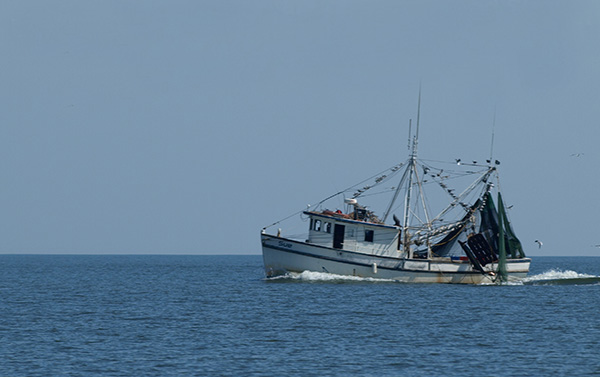 The Georgia Department of Natural Resources (DNR) today announced the commercial and recreational shrimping season in state waters will close as prescribed by law at 6 p.m. Monday, Dec. 31, 2018.

Under the closure, all food shrimp harvesting activities, including trawling, cast netting and seining, will be prohibited both commercially and recreationally in Georgia’s territorial waters, which extend three miles to sea from the state’s shorelines. Anglers and commercial bait-shrimp dealers may continue to harvest shrimp to use as bait.

Waters from three to 200 miles off Georgia’s coast are managed by the National Marine Fisheries Service, a division of the National Oceanographic and Atmospheric Administration, and are not affected by DNR’s Monday closure.

Today’s announcement comes after members of DNR’s Coastal Resources Division (CRD) consulted with the Shrimp Advisory Panel, a subcommittee of the state Marine Fisheries Advisory Council. The panel is comprised of 11 stakeholders, including commercial and recreational shrimpers, and makes recommendations to DNR staff about shrimping-related policy.

Based on scientific data gathered by DNR biologists and input from the Shrimp Advisory Panel, CRD is not recommending an extension of the shrimping season past Monday. Georgia law allows for shrimping season to be extended to January and February at the discretion of the Commissioner of Natural Resources if data collected by CRD shows shrimp are abundant.

The annual closure is meant to give shrimp populations the ability to remain healthy and allow for the smaller shrimp to grow to more marketable sizes, said Carolyn Belcher, chief of the Marine Fisheries Section at CRD.

“Generally speaking, CRD will recommend allowing the season to close as scheduled when the shrimp become smaller and the weather gets colder,” Belcher said. “Given the poor catches recently observed, CRD staff decided it would not be in the ecosystem’s best interest to extend the season.”

Every month year-round, a team of marine biologists and researchers from CRD collect data about shrimp populations from 36 sites along Georgia’s 100-mile coast. Aboard the research vessel Anna, a 60-foot shrimp trawler operated by DNR, biologists net shrimp and record the amount of shrimp caught per trawl and the overall weight of the catch.

One of the important indicators to biologists is the number of individual shrimp it takes to make a pound, referred to as “count size.” When shrimp are smaller, it takes more individuals to make a full pound. One of the benchmarks biologists use when considering closing Georgia’s waters is 50 shrimp or more making a pound. Data collected by CRD biologists in December found it took about 58 shrimp to make one pound, roughly 53 percent higher than the long-term average from data collected since 1976.

Georgia’s commercial shrimpers in 2017 collected more than 1.8 million pounds of shrimp valued at about $7.6 million. The shrimping season for 2018 opened June 18.

CRD is the division of DNR entrusted to manage Georgia’s coastal marshes, beaches, waters and fisheries for the benefit of present and future generations. The division strives to be an agency of knowledgeable and compassionate professionals who are trusted, respected and empowered to help the public be good stewards of Georgia’s natural assets and socio-cultural heritage. It is headquartered in Brunswick.