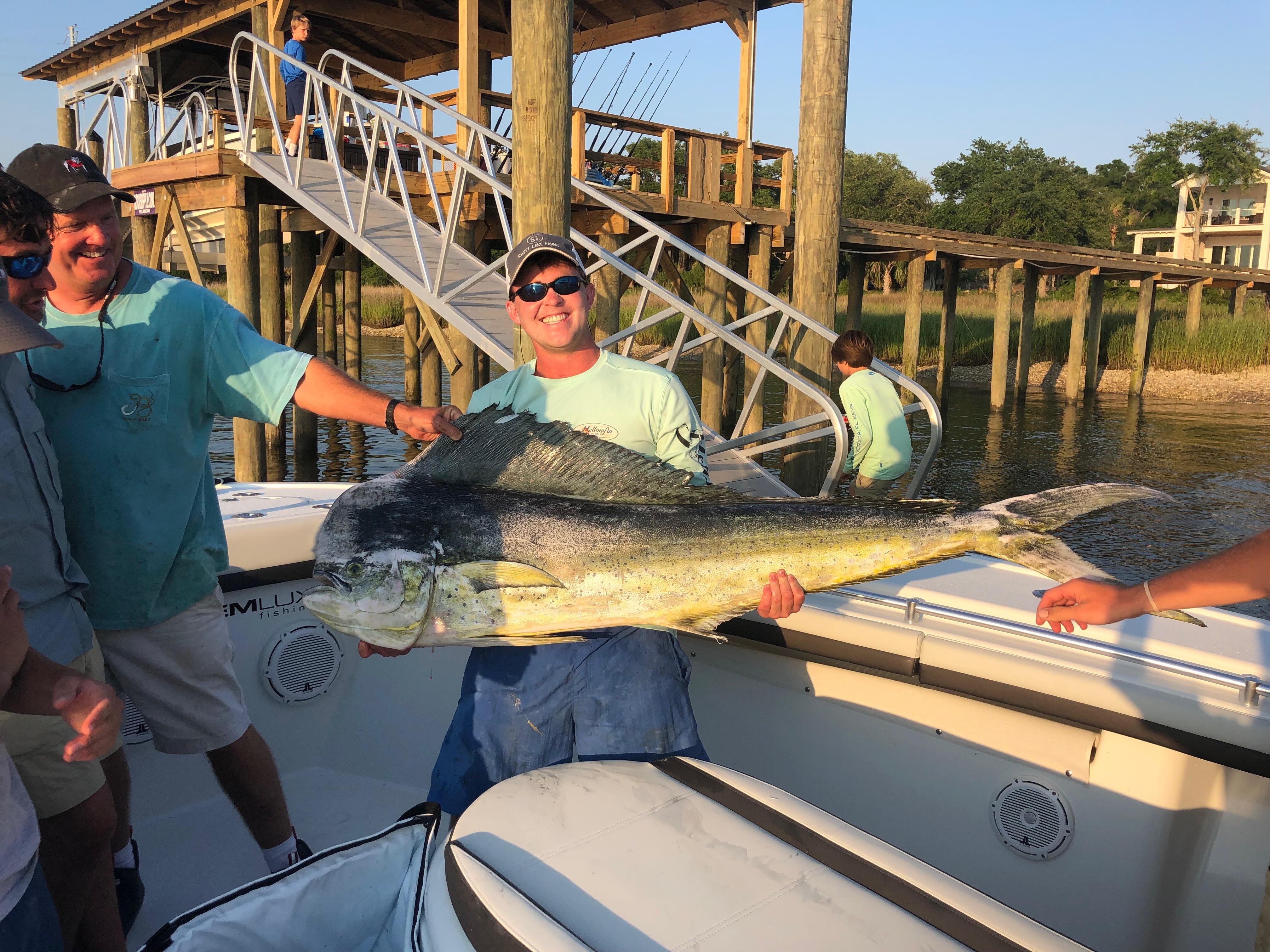 The Coastal Resources Division of the Georgia Department of Natural Resources today announced a new men’s state saltwater gamefish record for dolphin fish (Coryphaena hippurus), also known as Mahi Mahi, landed May 25, 2019, by Will Owens off the coast of Savannah in 700 feet of water. Owens’ catch ties Matthew Sheppard Jr.’s record from 1997.

Owens, 19, of St. Simons Island, caught the 67-pound, 9.6-ounce dolphin using a Moldcraft Chugger lure. The previous record was 67-pounds, 6-ounces. The Georgia Saltwater Gamefish Record Program requires catches to weigh at least 8 ounces more to beat a record. Those that do not meet that threshold are considered ties.

Owens’ catch was weighed at The Halfshell Restaurant on St. Simons Island using a certified scale.

Owens will receive a certificate acknowledging his record catch, and the record will be added to the list published at CoastalGaDNR.org/RecreationalFishing. It will also be included in the 2020 Georgia Sport Fishing Regulations guide.

For the current list of men's and women's saltwater fishing records, as well as information on how to submit a catch to the Georgia Saltwater Gamefish Record, please visit CoastalGaDNR.org/RecreationalFishing. Applications should include color photographs. There are minimum weights for several species.

Anglers wishing to enter a fish for a new state record must have the fish weighed on a Georgia Department of Agriculture certified scale in the presence of at least one witness. Certified scales can be found at local seafood markets, grocery stores and agricultural supply stores.  During business hours, anglers can have their catch weighed at the Coastal Regional Headquarters, One Conservation Way in Brunswick.