Asian tiger shrimp (Penaeus monodon) are native to Indo-Pacific, Asian, and Australian waters, but are now found along the southeast and Gulf coasts of the United States. While small numbers of this non-native species have been reported in U.S. waters for over a decade, sightings have increased over the past few years.  Tiger shrimp are one of the primary species raised in shrimp farms around the world and can grow to be three times the size of our native shrimp.

The impact of non-native species on native fauna is often unknown.  Competition for food and habitat resources, predation, and transmission of disease may potentially impact local shrimp as well as other species. 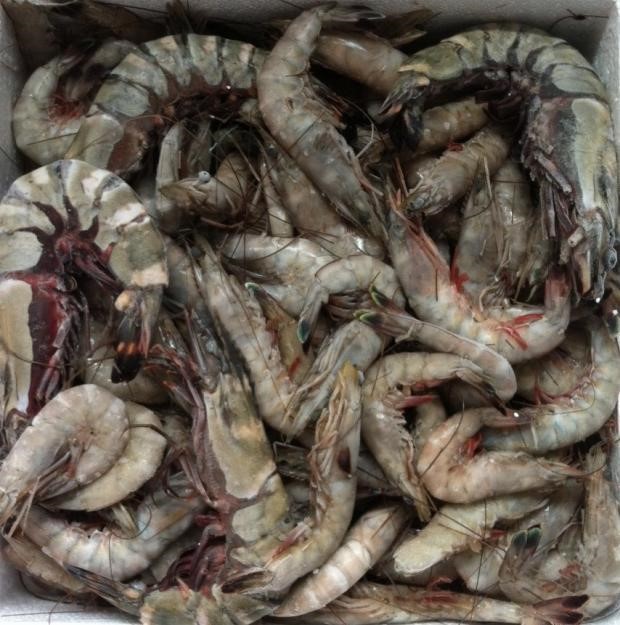 Pictured above, along with harvested white shrimp, Asian tiger shrimp are now routinely captured along the Georgia coast by both recreational and commercial fishermen alike.

In 2014, a scientific article was published about tiger shrimp titled 'Invasion of Asian tiger shrimp, Penaeus monodon Fabricius, 1798, in the western north Atlantic and Gulf of Mexico.  Click here to read the article.

At sizes greater than 12", non-native tiger shrimp are easy to distinguish from our native shrimp based on their size alone. However, smaller tiger shrimp can be more difficult to identify. 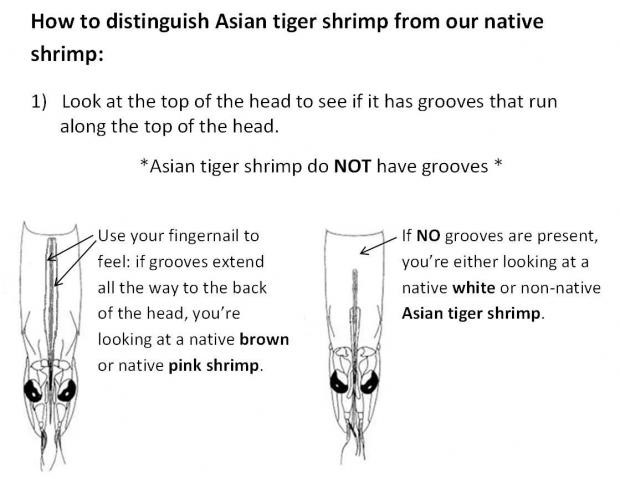 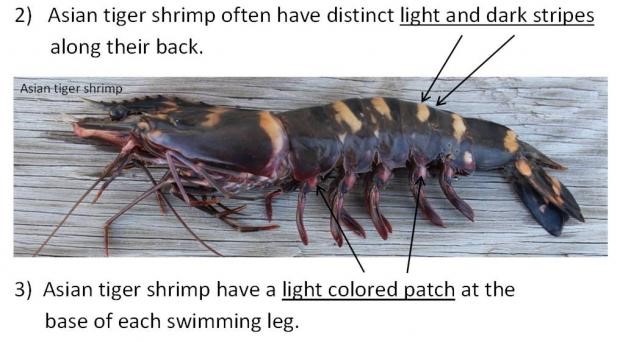 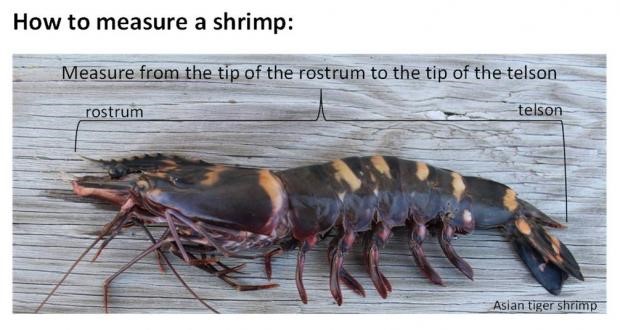 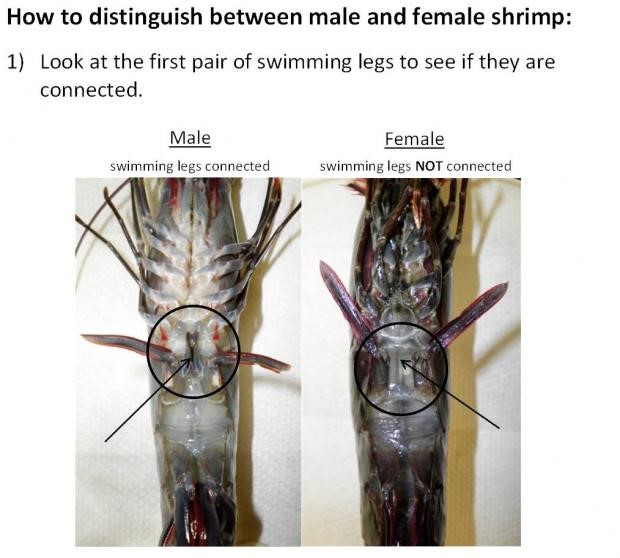