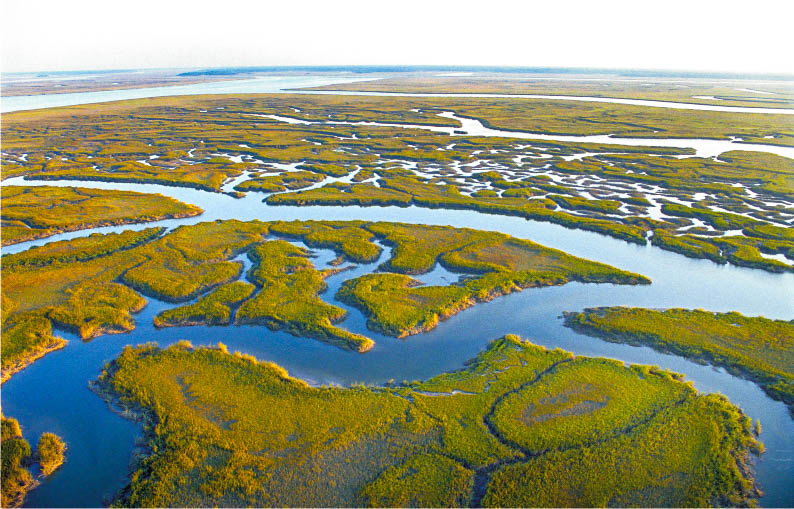 These marshes are ecologically significant as habitat for aquatic organisms, including fish, shellfish, waterfowl, and other wildlife species. In addition to serving as habitat for specific organisms, salt marshes also function as feeding grounds for terrestrial vertebrates, as a buffer to protect against coastal storm surge, and as a natural filtration system to improve water quality, transform nutrients and retain sediment.

Under the Georgia Coastal Marshlands Protection Act (O.C.G.A. 12-5-280 et seq.) of 1970, the State recognizes that “the coastal marshlands of Georgia comprise a vital natural resource system. The estuarine area…is the habitat of many species of marine life and wildlife and, without the food supplied by the marshlands, such marine life and wildlife cannot survive. The estuarine marshlands of coastal Georgia are among the richest providers of nutrients in the world. Such marshlands provide a nursery for commercially and recreationally important species of shellfish and other wildlife, provide a great buffer against flooding and erosion, and help control and disseminate pollutants. The coastal marshlands provide a natural recreation resource which has become vitally linked to the economy of Georgia’s coastal zone and to that of the entire state. This…system is costly, if not impossible, to reconstruct or rehabilitate once adversely affected…”

Below are clickable links to various reports on coastal wetlands:

Click here to be redirected to the CRD Living Shoreline webpage.