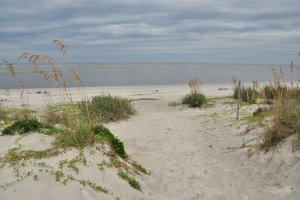 The beach forms at the edge of an island between the ocean and the sand dunes. The sand is deposited by waves and currents and is then blown around by the wind to create dunes. The beaches of Georgia’s undeveloped islands are made mostly of fine-grain sand. The beaches are fairly wide and slope gently toward the ocean. This harsh environment is a moderate energy area because the waves from distant storms release their energy as they roll up onto the beach. Winds keep sand in constant motion. In the summer the prevailing winds along the east coast blow from the southwest and in the winter from the northwest. The profile of the beach changes from a broad flat beach in the summer to a narrower and steeper beach in the winter.

All beaches have different parts or zones, although all the zones may or may not be present at any one time. The backshore is the area from the dunes to the berm and is an area rarely touched by wave action. The berm marks the highest limit of storm waves. On beaches where high tide goes all the way to the dunes, the backshore and berm will not be noticeable. The foreshore is the area between high and low tide often called the intertidal zone. Usually beyond the low tide line there is a longshore trough (through which longshore currents travel) and beyond that a longshore sandbar or series of sand bars. The area where waves break is called the inshore or surf zone and is usually over the longshore sand bars. Waves roll up onto the beach in a thin sheet of water. This area is called the swash zone. 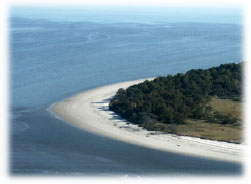 The organisms characteristic of a beach must be adapted to these and other harsh conditions. They must be able to withstand the crashing waves and periods of inundation by sea water at high tide. They must be able to survive the hot, beating sun and wind during low tide, and the freezing cold of winter. Many organisms like the ghost shrimp, polychaete worms, coquina clams, mole crabs, isopods, amphipods and sand dollars burrow into the sand. They are either filter feeders and use their antennae to extract food from the water or scavenge the algae and detritus from between the sand grains. Gastropods like the oyster drill and moon snail and whelks actively prey on other animals. At low tide, a large variety of shorebirds, raccoons, insects and ghost crabs visit the beach to feed.

Algae is the only characteristic plant of the beach. Algae lives between the grains of sand and occasionally adds a green, gold, pink or purple tint to the sand. Other plants like Ulva (sea lettuce) and sargassum (a brown algae or seaweed) are often washed up onto the beach. The wrack line or strand line is a line of debris that often runs parallel to the water’s edge and marks the high tide line. This wrack line is made up of a mixture of manmade materials that have washed up onto the beach and decaying marsh grasses. This wrack, though unsightly, is important. It provides an ideal environment for microorganisms, amphipods and insects. The marsh grasses decay over a period of a year and become detritus which is a major marine food source. The grass and other materials in the wrack play an important role in the building of new dunes by capturing sand and seeds allowing new dunes to form. 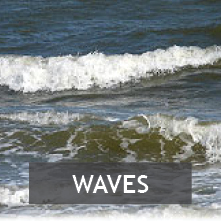 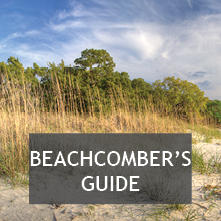 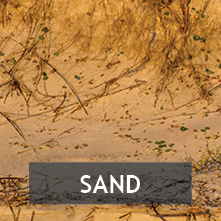 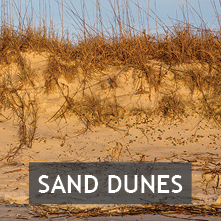 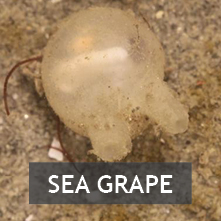 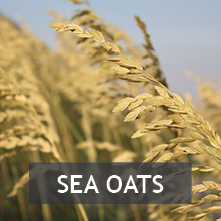